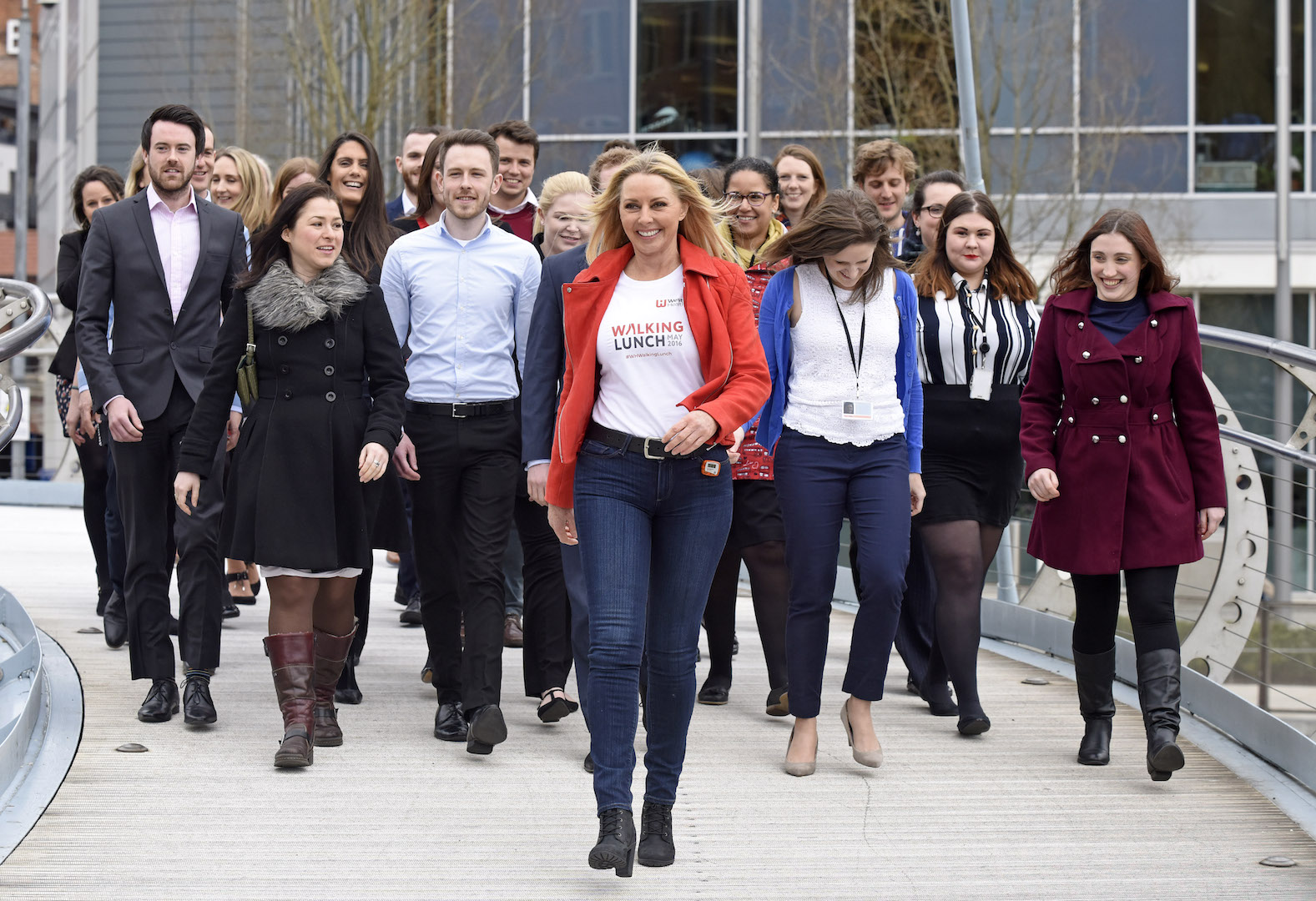 AgencyUK’s Walking Lunch campaign for Westfield Health in 2016 came away with a top prize at the PRMoment Awards last night, having been named B2B Campaign of the Year.

The campaign, which took place during National Walking Month 2016, encouraged teams within businesses to spend their lunch breaks getting out of the office and walking — putting what Westfield believes about health and wellbeing in the workplace, into practice. Teams were able to sign up to a leaderboard, the Footsie 250, and compete for who could walk the furthest within the month of May.

Fronted by Carol Vorderman, who featured in a launch video, the campaign also involved a partnership with the UK’s walking charity Living Streets, and Sheffield Hallam University. The university’s Professor of Physical Activity and Health Dr Rob Copeland was featured on BBC Breakfast discussing research which was conducted as part of the campaign and included the finding that 60% of UK workers spend most of their day sitting down.

The campaign was a resounding success in terms of reach and engagement, with the PR reaching an audience of 188 million through coverage by the Daily Mail, Express and Closer magazine, as well as business titles such as Fundraising UK and Health Insurance Daily. A total of 402 companies took part, far outstripping the target of 250, with 2,706 individuals walking a total of 72 million steps through the month. At 70cm a step, that’s more than the entire circumference of earth.

According to PRMoment, “judges felt that this this campaign took a new approach to B2B and looked beyond traditional techniques. It put emotion into B2B, a nice simple idea delivering great results.”

Dave Capper, Commercial Director at Westfield Health, said “This campaign really embodies what Westfield Health is all about by using a fun and engaging vehicle to get people to take real action to improve their health and wellbeing. Westfield lives and breathes health and wellbeing, with Walking Lunch being a great example of converting a message into action, so it’s fantastic to see it get recognition with this award win.”

Ian McKee, Social and PR Director, AgencyUK, commented, “B2B doesn’t need to mean dry and boring. This was a great example of taking a consumer style campaign approach, and even targeting consumer media, to reach a business audience.”

AgencyUK is currently working with Westfield to plan Walking Lunch 2017 ready for National Walking Month this May, so watch this space.