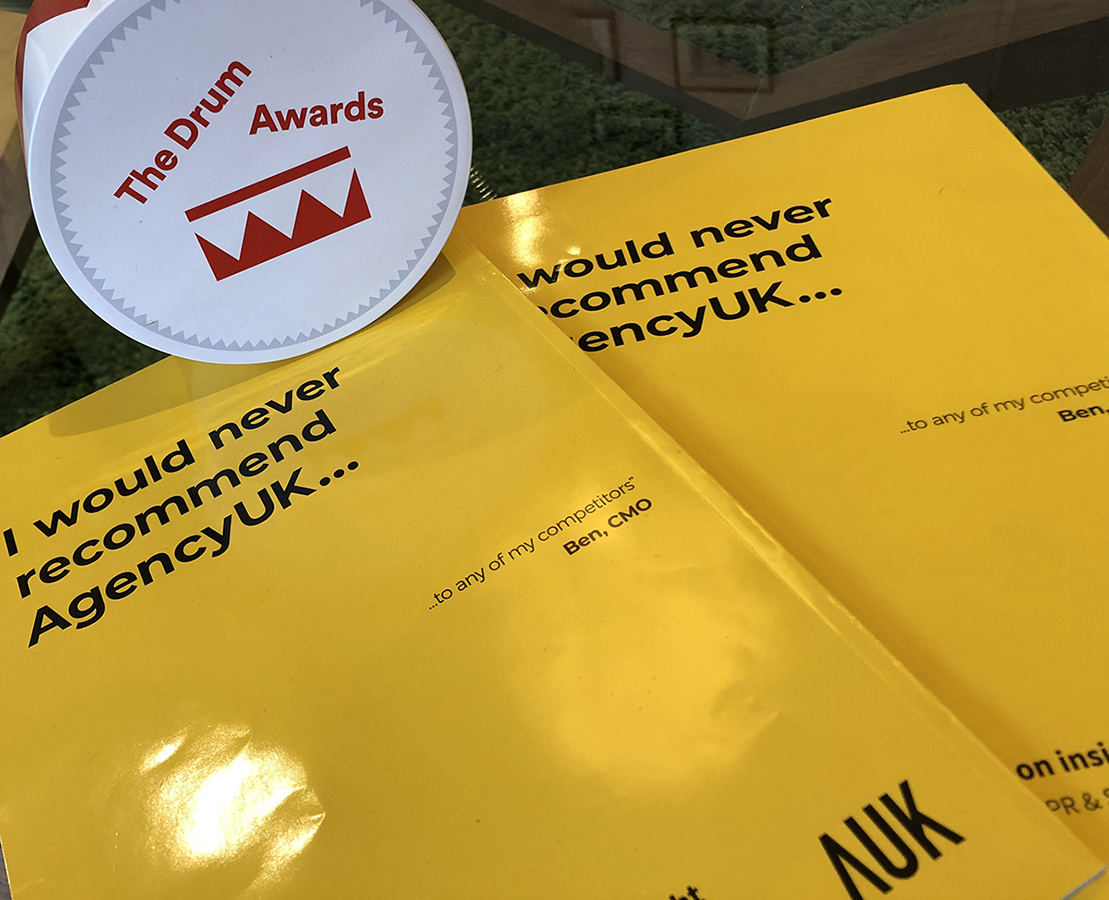 AgencyUK have been nominated for a record 6 awards at this years Drum Recommends Digital ceremony. The Drum Recommends carries with it a level of prestige and validation that exceeds most standard industry awards, as the nominations are based on a complex review process that includes annual performance, financial performance and most importantly past and present client review. This makes the awards a mark of true excellence among industry peers.

The 6 AgencyUK nominations roll off the back of a year that included a number of high profile client wins, new hires and their win of UK Advertising Agency of the Year 2019.

AgencyUK was founded in 2008 as an integrated brand communications agency with a high level of expertise in emerging technology, web and eCommerce sitting alongside strategy and creative. In 2015 the agency expanded with the launch of a Social Media and PR team that consolidated their integrated offering. Today AgencyUK work with international multi channel brands as  well as direct to consumer businesses looking to leverage their own communities to scale their brand.

AgencyUK are nominated in the independent agency under 40 people category. The Digital nominations include

Winners will be announced at the official awards ceremony on 3rd December at The Marriott Grosvenor Square, London.