AgencyUK Creative Director and lifelong Northern Ireland football fan Zane Radcliffe has been tasked by Playing Style – the NI fans clothing company – with creating a bespoke badge for Northern Ireland’s fans, known as the Green and White Army, as they prepare to travel to France for their first major tournament finals in thirty years.

The result is a classic badge design that draws on influences from celtic art, 70’s British football and even Danish and German soccer iconography.

‘It was my (dare to) dream brief,’ said Radcliffe, referencing the rallying call adopted by his home team during qualification. ‘Playing Style had recognized that while there are many terrific and well organised NI supporters clubs, all with their own identities, there was no single badge to indentify the one supporters group into which all Northern Ireland fans are born: the GAWA.’

Radcliffe and AUK designer Jamie Bush mined lots of reference material to inform their design. They deliberately kept it true to the familiar celtic cross used by the national team, but have created a fresh and striking version that incorporates a unique typeface and the stylized letters GAWA into a central circle. ‘It needed to be recognisable as a Northern Ireland badge, but have it’s own strong identity. The lettering owes a debt to classic Leeds, Bolton and Newcastle badges of the 70’s.’

The design team also admired the beautiful simplicity of the Danish football badge and it’s simple use of red and white. ‘It was appropriate to restrict ourselves to a green and white palette, using two tints of emerald green, to give it real strength and elegance.’

The four arms of the central cross feature the years 1958, 1982, 1986 and 2016 to commemorate Northern Ireland’s qualification for four major tournaments.

Playing Style will use the design on high quality items of clothing to create classic, wearable mementoes of Northern Ireland’s time at the finals. But it’s hoped the GAWA badge will have enduring appeal. ‘If it takes on a life beyond the tournament, then I’ll be a very proud man,’ beamed Radcliffe. 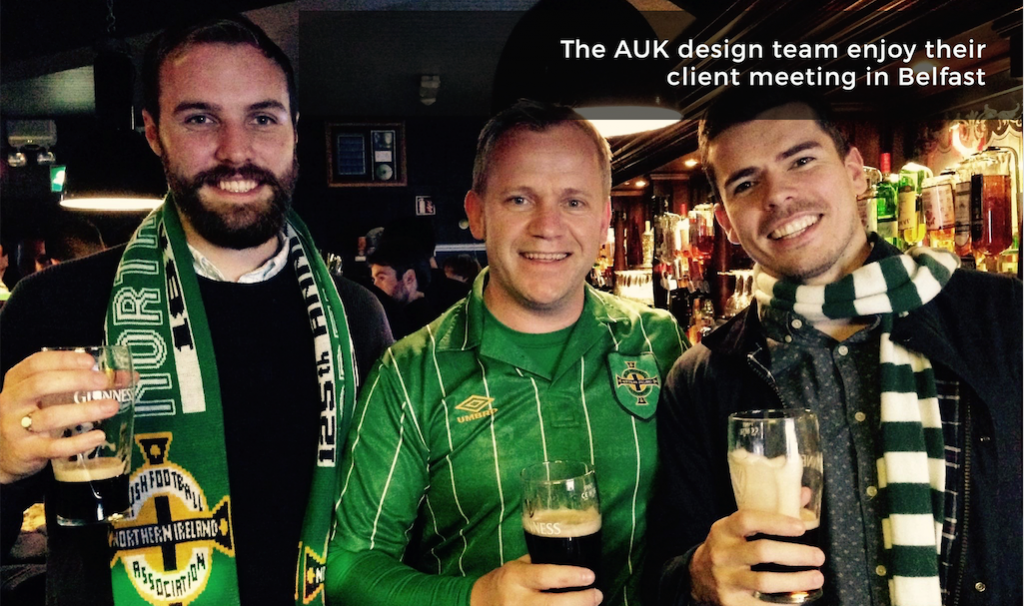