From the latest Twitter trends to what’s on WhatsApp here’s our monthly look at the biggest updates and changes in the social media world.

Twitter relaxes 140 character count
Marketers everywhere rejoice as Twitter announced its plans to relax the 140 character count limit. Whilst uproar surrounded the previous suggested idea of 10,000 characters tweets, the more subtle change has been welcomed as videos, images and tagging will now not take up any of the precious 140 character limit.

Were you one of the 144 million people who watched the delighted Candance Payne unwrap her new Chewbacca mask? This month Candance won the world over with her infectious laugh to become the most watched Facebook live video ever. Followed by a product sell out, a trip to Facebook HQ and an appearance on James Corden’s Late Late Show, the world watched as the newest social celebrity was born.

And for all those hoping to beat her record, Facebook has good news as it introduced a live video map making it easier for users to browse livestream broadcasts from anywhere round the world.

Some of you may have also spotted Facebook’s first own produced and filmed 360 video on your timeline this month. Grand Central station was brought to life with a short surround film that immersed the viewer in the busy station. Designed to show off what you can achieve with a high end 360 camera, the video exemplifies the up close and personal experience you can get from this type of video – especially when viewed in the VR headset.

Instagram splits opinion with dramatic logo redesign
The change that has been on everyone’s lips this month was the controversial redesign of Instagram’s iconic logo. Whilst some praised the simplicity of the redesign, harsher reviews were given by many who described the radical design change a disaster. Our personal favourite analogy of the new look described it as: ‘if the camera was murdered, and chalk was drawn around its body. Murdered at sundown.’ Hannah Parkinson, The Guardian

However the announcement video was revealed well with a simple but effective explanation video showing the thought process behind the design:

Snapchat has a record-breaking month
Snapchat also had a record-breaking month for brands – Taco Bell stormed to the top, with its Taco head filter becoming the most viewed Snapchat filter over one day, with 224 million views. The Taco-shaped lens resulted in some impressive stats that with the campaign generating 12.5 years’ worth of play in a day, and the average user playing with the filter for 24 seconds before they sent a snap.

20th Century Fox followed suit, becoming the first brand to buy up all the filters in a Snapchat lens takeover. Less hilarious results ensued, with users complaining of the too ‘try hard’ approach and of course the loss of their favourite dog faced filter. 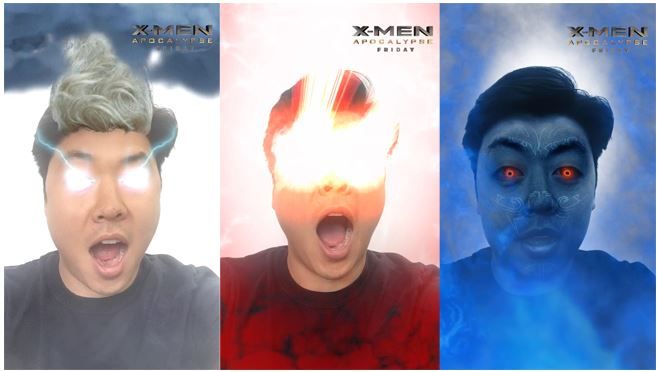